The ghosts of Europe reside in medieval castles, ancient manor houses, roadside inns and jails and dungeons. Some venues are home to relatively harmless ghosts, while others are hair-raisingly scary places… 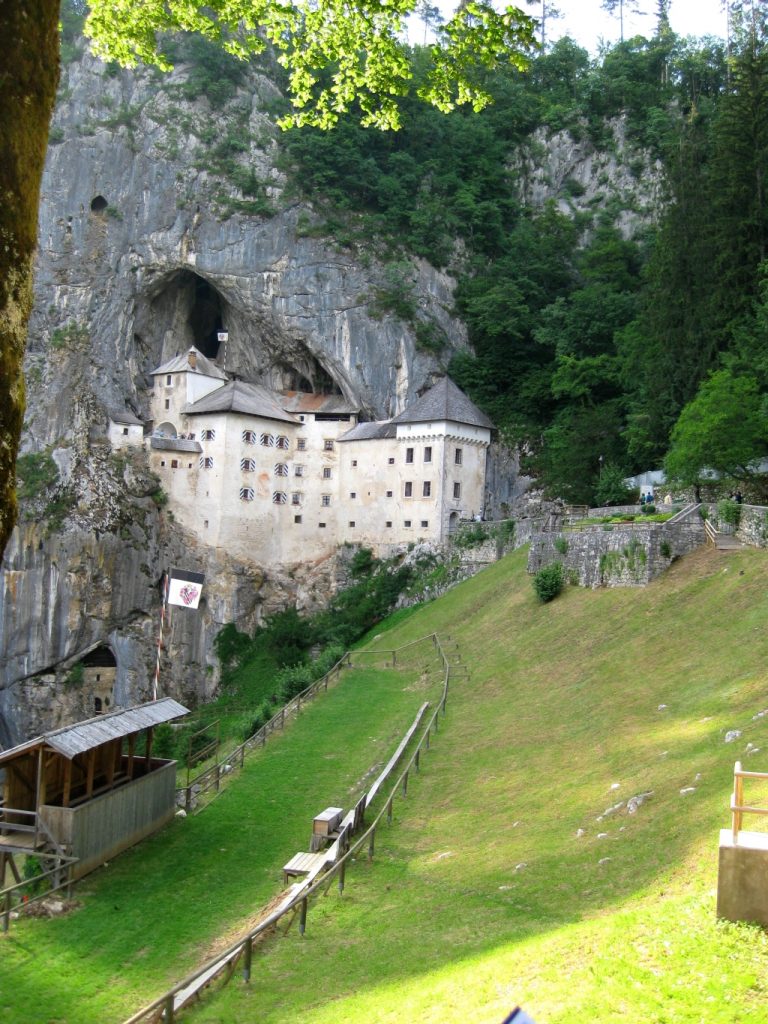 Straddling the inside and outside of a cave in the cliffs, Predjama Castle contains a veritable host of ghosts. Earthquake and siege destroyed the castle twice, but it was rebuilt each time, the last time in 1567. Prisoners were tried in a courtroom in the castle, tortured and finally thrown down a 63 meter deep cave, where they died. Other prisoners were walled up in small rooms, where they remained until they died. Footsteps, voices and unexplained noises can be heard throughout the castle. Ghost Hunters International investigated Predjama Castle in 2008 and found the castle haunted.

Under the city of Paris lay one of the most haunted places in Europe–the Parisian Catacombs. As Paris grew, the cemeteries filled up and something had to be done. The bones of the cemeteries’ dead were moved underground into the quarries and tunnels under the city. Strange drawings and Revolutionary graffiti line the walls. Low-watt light bulbs provide the only meagre light. Shadows shift and seem to move. Odd noises and smells appear. Nearly two hundred miles of underground tunnels are packed with bones on either wall. A tiny portion of the tunnel system is open to the public, but beware of wandering as it is notoriously easy to get lost.

One of the oldest pubs in Great Britain, the Skirrid Mountain Inn is home to numerous ghosts. Guests at the inn collapse in fear on the stairs, others feel a rope around their neck, followed by actual welts on the skin. Other guests have reported seeing the many spirits haunting the place. The Inn’s long and bloody history tells of a court held in the inn, which sentenced many to death by hanging. Rebels condemned to hang, a felonious sheep-rustler and an 18th century barmaid dead of consumption make themselves known to the guests, providing a dramatically haunting experience.

The “Blue Man” haunting the library dresses as a 16th century Cavalier from the time of Charles II, an 18th century heartbroken young woman in white haunts the grounds at night, a young kitchen boy, beaten to death, is seen scrubbing the pots and pans, a gentleman dressed in grey frightens visitors to the servants quarters, and a ghostly white bird appears at the Castle’s windows if harm is to come to a Castle resident. Arundel’s ghosts have a long and storied history, appearing off and on through the centuries. 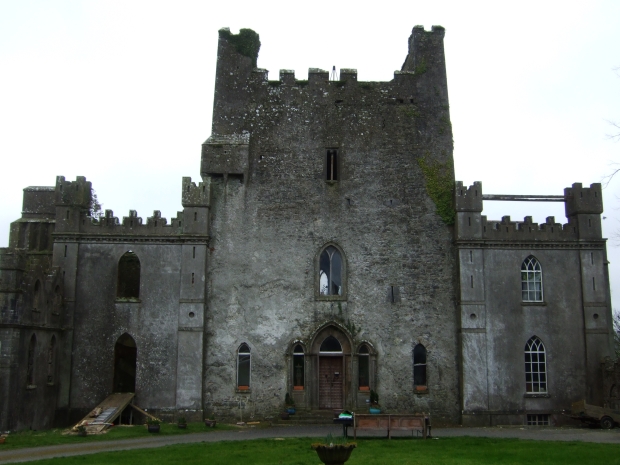 With its gruesome, violent history, Leap Castle is famed for its many ghosts. A half-human, half-animal entity called the ‘Elemental’ warns of its presence with a putrid smell of rotting meat. Brother murdered brother in the Bloody Chapel, where many other people were killed. The dungeons contained a special horror–an oubliette where prisoners were thrown into a deep hole and left to die. A little girl and a governess also haunt the Castle’s grounds. A frightening place, Leap Castle draws many visitors wishing to experience the ghostly terror for themselves.

Strangely enough, Borley Rectory was haunted right from the start. Built in 1863, workers and local people heard odd footsteps in the mansion. In 1900, the rector’s daughters saw a ghostly nun, who disappeared as the girls got close. A phantom coach driven by headless horsemen and a plague of poltergeists haunt the Victorian-era house. In 1928, the rector’s wife discovered a paper bag containing the skull of a young woman. In 1937, the rectory was investigated by a paranormal researcher, Harry Price, who wrote two popular books about what he called “the Most Haunted House in England.”